This musical is based on the children’s book Me…Jane by Patrick McDonnell, a beautiful watercolor adventure into the youth of the strong willed woman who grew to become the famous Jane Goodall of today. Entertaining curiosity and perseverance, it encourages children to pursue their ambitions.

My goal with this show was to create a vocabulary that was visually stimulating the entire time the actors were onstage. With the world and the visual character of Jane using the children’s book as a starting point, the rest of the world was built out from this bright blue schoolgirl. I sought to attach the role of Mum to the home. The “chorus” members represented the vaguely patriotic and utilitarian jumpsuit silhouettes of the World War 2 era, in which this is roughly set, echoing the safari colors of which Jane wore when out in the field. These served as the base layer for the three actors who played multiple parts. I added watercolor paint details in the shapes of palm fronds to further connect them with the fantastical world of Jane’s mind. From there it was distilling down the various other characters they played to their base parts, which could be added on top. 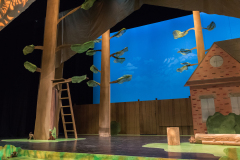 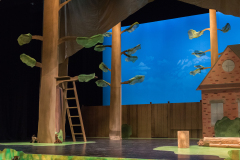 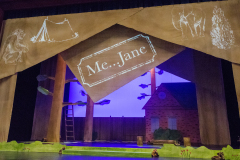 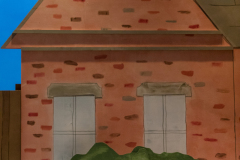 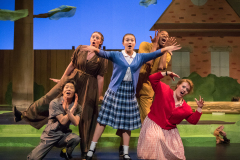 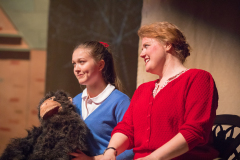 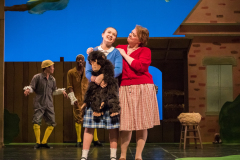 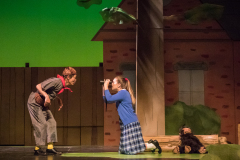 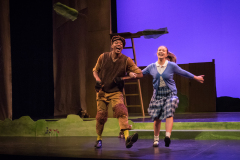 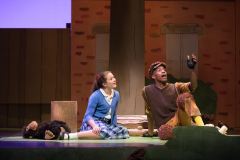 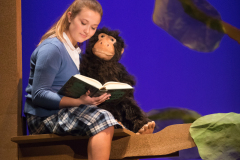 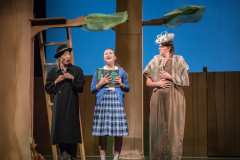 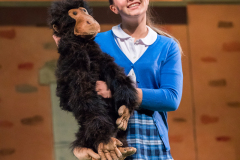 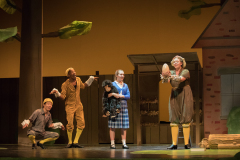 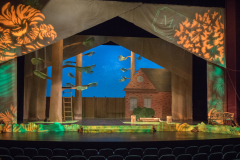