Marc David Pinate’s play blends the familiar world of ancient Thebes and Sophocles’ Antigone with the 21st century experiences of immigrants and DACA recipients in the American southwest. Rather than trying to blur the lines between these two worlds, I sought to present them side by side, creating a visual mashup and letting these inconsistencies sit at the forefront. By setting the very trendy and contemporary alongside the classic, I hoped to bring the myriad of stories and experiences told through the play to a relevant and personal place for the audience. 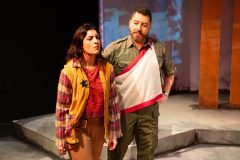 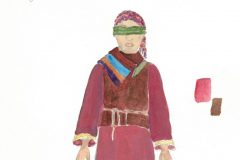 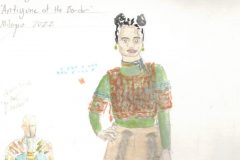 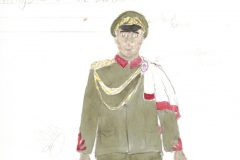 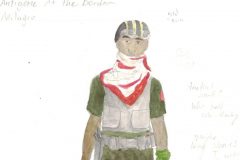 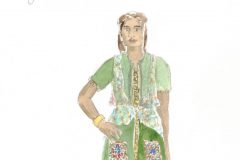 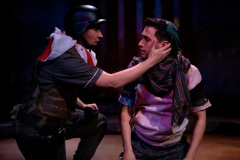 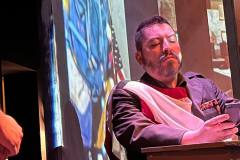 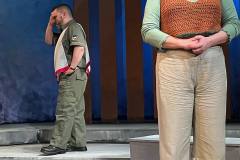 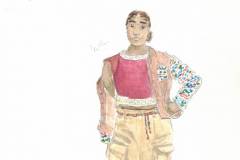 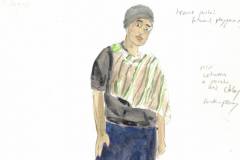 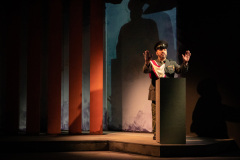 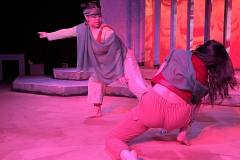 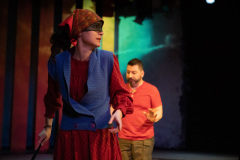 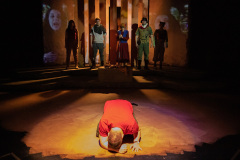