A new play by Rachel Bublitz

As with all Theatre 33 productions, this was a new play in the works with script changes happening throughout the rehearsal process as the writer sees the play get up on its feet. Burst deals with the personal and large scale ethics of technology and consumption through the looming climate crisis with regards to plastic.

I was heavily inspired by Elizabth Holmes and Steve Jobs, and decided to make this a monochromatic show that focused on shape and pattern as our lens into the characters. For example, the more soft spoken scientist is in a smoother almost tie dye seeming top, contrasting with the sleek and geometrical “no nonsense” shapes of the main character. 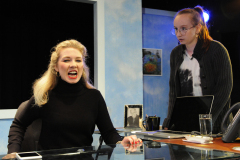 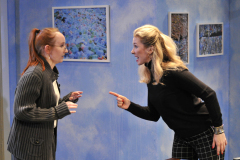 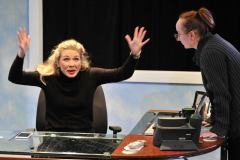 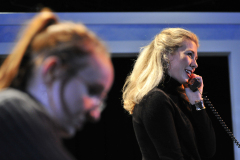 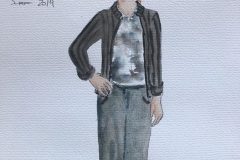 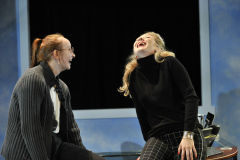 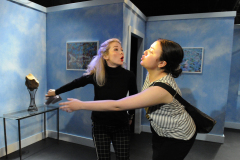 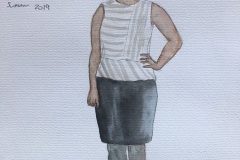 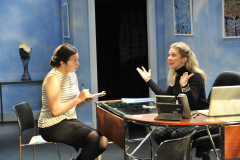 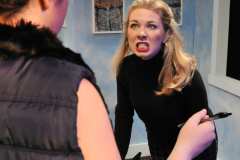 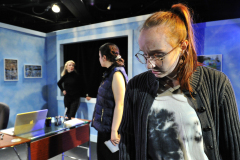 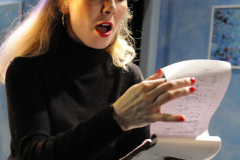 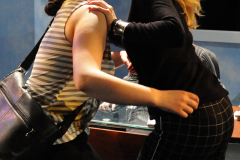 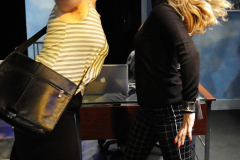 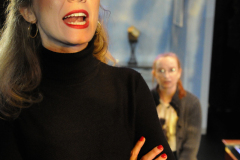